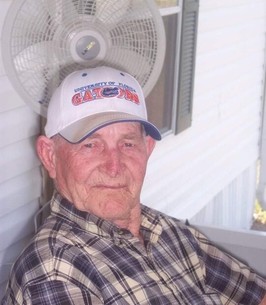 William Alvie Powell, 90, passed on June 1, 2022, at Community Hospice in Ocala, FL. Alvie was born in Cullman, AL on September 23, 1931, to William R. Powell, Sr. and Rosa M. Powell, the first of 9 children. In 1954 they left Cullman and moved to Miami where Alvie started working on a farm where he grew a variety of fruits and vegetables. Having never married, after his father passed, he spent most of his time caring for his mother and worked at a cabinet shop where he retired. After the passing of his mother, he lived out his life with his sister, Shirley Duval and brother, William R. Powell, Jr. Alvie was very passionate of spending time with his family whether it was going for car or buggie rides or just simply hanging out on the porch with a cup of 90 weight.
He is preceded in death by his parents and siblings, Edward Powell, Lily Woods, Jack Powell, Ruth Ellen Powell, Eula Tate, Mildred Higgins and Dorothy Hewett as well as several nieces and nephews.
He is survived by his 6 brothers and sisters, Ruth Clayton, Odis Powell, William R. Powell, Jr., Donald Powell, Ronald Powell and Shirley Duval.
Services will be held at 5:30 pm on Sunday, June 5, 2022, at Johnson-Overturf Chapel in Interlachen with Dan Woodworth officiating. Burial will be in Eidson Chapel Cemetery in Cullman, AL. The family will receive friends at the funeral home on Sunday beginning at 4:30 pm until time of services.
Memories and condolences may be expressed to the family at Alvie’s Book of Memories page at www.johnsonoverturffunerals.com .
Arrangements are entrusted to Johnson-Overturf Funeral Home in Interlachen.