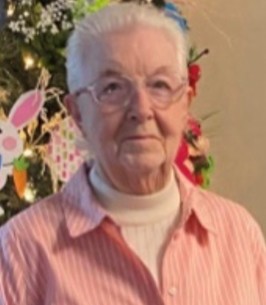 Caroline “Carol” Flanigan, 89, of Satsuma, passed from this life on Wednesday, June 1, 2022 at Sara Jane’s Place Assisted Living Facility in St. Augustine. Born in Highland, Indiana to Jacob and Lena Kooy, she moved from St. John, Indiana to Florahome and then to Satsuma 30 years ago. Carol had owned and operated Millers ACLF in Palatka. She had previously worked at Our Lady of Mercy Hospital in Dyer, IN and upon moving to Putnam County, she worked at Best Packers in Palatka. Following her retirement, she volunteered at the Pioneer Settlement in Pierson. Carol was a member of Seville United Methodist Church where she served in the food pantry ministry. In her leisure time, Carol enjoyed fishing, reading and crafting.
In addition to her parents, she was preceded in death by her husband, Richard S. Flanigan, 3 brothers, Tunis Kooy, Clarence Kooy and Bill Kooy, sister, Johanna Kooy, a grandson, Michael Lolkema and a granddaughter, Hannah Creech.
Carol is survived by 5 daughters, Karen Lolkema (Jim) of Rensselaer, IN, Donna Bohling (Tim) of Schererville, IN, Debbie Marriott (Mark) of Satsuma, Nancy Boyd (Rodney) of Satsuma and Lisa Davis (Ronnie) of Palatka, a step-daughter, Stephanie Woods (Hal) of South Hero, VT, 4 sisters, Liz DeYoung of St. John, IN, Annie DeYoug (Wesley) of Pomona Park, Bernice Boer of MO and Gert Holiman of Lansing, IN, 15 grandchildren.
Services celebrating Carol’s life will be at 3:00 P.M. Wednesday, June 8, 2022 at Johnson-Overturf Chapel in Palatka with Pastor Terry Wright officiating.
Memories and condolences may be expressed to the family at Carol’s Book of Memories page at www.johnsonoverturffunerals.com.
Arrangements are entrusted to Johnson-Overturf Funeral Home in Palatka.