To share your memory on the wall of Dorothy Holden, sign in using one of the following options:

Dorothy was born into a Christian family in Chicago, Illinois.   She lived in Downers Grove, Illinois until the age of 13.  The family moved to Aurora, Indiana and she lived there until the 1980s when she and her husband, Ben Holden, Jr. moved to Ocala, Florida.  Dorothy and Ben moved to Fruitland in 2005 to be near their daughter, Heather Harper.  She was preceded in death by her parents, William and Jane (Daisy) Grosrenaud, her brother, Robert Grosrenaud and her husband, Ben Holden.

Dorothy studied Early Childhood Development at Michigan State and Indiana Purdue Universities and opened the first Headstart program in Aurora, Indiana.  She was a teacher and teacher coordinator for 17 Headstart schools in southern Indiana.

She was a member of the Georgetown United Methodist Church, now part of the Fish, Fern and Faith Community.

A funeral for the immediate family will be held on Saturday, August 8 th at Clayton Frank & Biggs Funeral Home in Crescent City, Florida.  She will be buried at Florida National Cemetery in Bushnell, Florida.  At the family’s request in lieu of flowers, donations may be made to Georgetown United Methodist Church, P. O. Box 142, Georgetown, Florida 32139.  A Celebration of Life will be held at a later date for friends and neighbors.
Read Less

To send flowers to the family or plant a tree in memory of Dorothy Jane Holden, please visit our Heartfelt Sympathies Store.

Receive notifications about information and event scheduling for Dorothy

There are no events scheduled. You can still show your support by sending flowers directly to the family, or planting a memorial tree in memory of Dorothy Jane Holden.
Visit the Heartfelt Sympathies Store

We encourage you to share your most beloved memories of Dorothy here, so that the family and other loved ones can always see it. You can upload cherished photographs, or share your favorite stories, and can even comment on those shared by others. 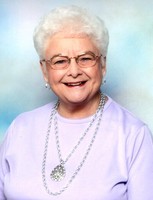