To share your memory on the wall of John Taylor, sign in using one of the following options:

To send flowers to the family or plant a tree in memory of John Bernie Taylor, please visit our Heartfelt Sympathies Store.

Receive notifications about information and event scheduling for John

We encourage you to share your most beloved memories of John here, so that the family and other loved ones can always see it. You can upload cherished photographs, or share your favorite stories, and can even comment on those shared by others.

Posted Mar 10, 2021 at 10:09am
Nancy we are so sorry for your loss, John was such a loving man and so thoughtful, We give our sympathies to you and his family. May he rest in peace.
Comment Share
Share via:
KL

Posted Mar 09, 2021 at 07:48pm
Your family is in our prayers. We have countless memories of diving with John and Gail. Your friends from 1962, May you rest in Peace, Lawrence Gunter (deceased) and wife Nancy Gunter
Comment Share
Share via:
DF

Posted Mar 09, 2021 at 07:40am
Thinking of family during this difficult time, Bernie T was a great man and a pillar in the community
Comment Share
Share via:
RA

Posted Mar 09, 2021 at 07:32am
I am so sorry to hear John is gone. He was always like a 2nd father to me growing up. John taught me a lot. He was one of the kindest mans I knew and I am sure there was a big ole roast and party when he made it toHeaven. Not to mention the fishing trip for another sail fish! 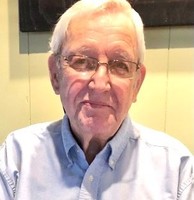