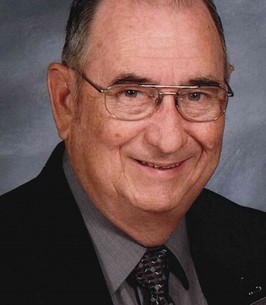 Leon D. “L.D.” Brown passed away on Tuesday, June 7, 2022, at Haven Hospice Roberts Care Center in Palatka following an extended illness.
Born in St. Augustine, FL on January 31, 1934, he was the last of five children born to Edith and Lee Brown. Besides his parents, he was preceded in death by two brothers, Philip Brown of Jacksonville and LeRoy Brown of St. Augustine, two sisters, Dorothy Halstead of St. Augustine and Marian McCullough of Palatka. He was also preceded in death by in 1990 by his first wife and mother of his children, Mary Harvey Brown.
He graduated from Ketterlinus High School in St. Augustine in 1952 and Florida Southern College in Lakeland in 1956 with a degree in business. He served in the Navy for 2 years active duty and 6 years in the reserves. He met his first wife Mary on a double blind date and even though he was with another girl at the time, realized quickly that he wanted to be with his friend’s girl and so after 2 years of courtship, married Mary Harvey on August 27, 1961 in Daytona Beach, FL. They bought and maintained Browns Trailer Park from 1964-1984 while he continued to work at Hudson Pulp and Paper (now Georgia Pacific). He began his career there in June of 1958 and retired in 1999 after 40 years, mainly working in the tissue converting department in various clerical positions. He was an officer in the retiree’s club and enjoyed interviewing and photographing 90 year-olds for their recognition at the annual dinner.
He was a very strong Christian, having served several churches in various capacities including Grace Methodist Church in St. Augustine, Open Bible Baptist Church in East Palatka and Palatka Baptist Temple and had been a charter member of Christ Independent Methodist Church. He was currently a member of College Park Baptist Church where he served as assistant treasurer, member of the choir, men’s ensemble, Joy Singers, building and grounds committee, budge committee and deacon, being recognized as deacon emeritus in July 2017. He also worked at the festivals, changing the church sign, custodian work and anywhere else he was needed. He loved his Lord and was truly a servant wherever he attended.
He also had an interest in woodworking and would spend many hours in his shop, fashioning unique projects and designing useful objects for home and outdoor use. In his younger days, he was an expert ping pong player and puppeteer. He and his family had a puppet ministry that was seen at the county fair and church gatherings. He was a man of many hidden talents and loved to laugh and make up limericks. The gatherings of his family, for any occasion, was a major event that he cherished since every family member was special and loved. He was famous for his barbequed chicken on the grill.
He is survived by his wife, Jeannie of 30 years, two daughters, Lucy May (Jon) of Palatka, Amy Cloud (Gordon) of Camilla, GA, and stepson, John Nettles (Kelley) of Jacksonville. He was the proud grandfather to Clay Cloud (Kayla) of Camilla, Glen Cloud of Camilla, Kaitlin Nowlin (Stephen) of Jacksonville, Walter May (Nicole) of Mabane, NC and James Nettles of Jacksonville. He had one precious great-grandson, Quentin Nowlin of Jacksonville. He was also a favorite uncle to many nieces and nephews and had a wide circle of friends.
Services will be conducted in the chapel of Johnson-Overturf Funeral Home in Palatka at 10:00 am on Saturday, June 11, 2022, with Pastors Gordon Cloud and Clay Cloud officiating. The family will receive friends at the funeral home on Friday, June 10, 2022, from 6:00 – 8:00 pm. Burial will follow at Woodlawn Cemetery in Macclenny, FL where he will be laid to rest by his beloved first wife, Mary.
In tribute to L.D.’s life, a video will be shown during the service. Military honors will be rendered by the U.S. Navy.
Flowers are gratefully accepted or memorial donations may be made to College Park Baptist Church, 3435 Crill Ave., Palatka, FL 32177
Memories and condolences may be expressed to the family at L.D.’s Book of Memories page at www.johnsonoverturffunerals.com .
Arrangements are entrusted to Johnson-Overturf Funeral Home in Palatka.