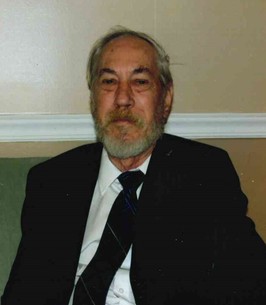 Michael William Martin, 70, of Sanford and formerly of Palatka, passed from this life on Tuesday, June 14, 2022 at HCA Florida Lake Monroe Hospital in Sanford following a brief illness. He was born in Sanford and resided in Palatka from 1957 – 1975. Michael was a 1970 graduate of Palatka South High School and a 1972 graduate of St. Johns River Junior College where he received his AA Degree. After graduating from St. Johns, he received his Bachelors’ Degree in Interior Design from the University of Florida on June 14, 1975. Following graduation, Michael began his career in Interior Design working with FW Woolworth where he worked and moved all over the state of Florida. In 1980 he transitioned to working with Specialty Mall Interiors out of Orlando. In 2002 he began working with Creative Concepts until his retirement in 2015. Michael was a member of The Church at Heathrow in Sanford. In his leisure time, he enjoyed collecting antique pinball machines as well as antique records, record players and cabinets.
He was preceded in death by his parents, Eugene J. Martin and Mary Lamb Martin.
Michael is survived by his wife of 46 years, Rhonda Carter Martin of Sanford, 2 daughters, Lindsey Garrison (John) of Block Island, RI and Carrie Martin of Shepherd, TX, a sister, Karen Angel (Eddie) of Palatka, 5 grandchildren, Mick Papp, Lacey Papp, Jake Papp, Luke Papp and Michael Garrison as well as numerous nieces and nephews.
Services celebrating Michael’s life will be at 11:00 A.M. Tuesday, June 21, 2022 at The Church at Heathrow, 6815 Markham Road, Sanford, FL 32771 with Pastor Ward Hodges officiating. The family will receive friends Tuesday at the church from 10:00 A.M. until the time of services at 11:00 A.M. Graveside services and burial will follow at 4:00 P.M. at Oak Hill West Cemetery in Palatka.
Memories and condolences may be expressed to the family at Michael’s Book of Memories page at www.johnsonoverturffunerals.com.
Arrangements are entrusted to Johnson-Overturf Funeral Home in Palatka.