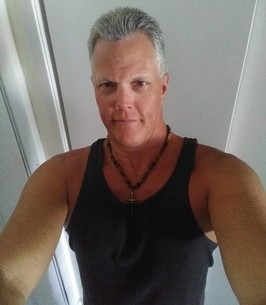 Paul Bryan “Buddy” Greek, 49, of Pomona Park, passed away on Monday, June 6, 2022, at his home following an extended illness. He was born and raised in Jacksonville and moved to Putnam County in 2019. Paul had worked at Warren Willis Woodn’t It Be Nice, LLC and had also worked as a truck driver for 10 years. He was a true outdoorsman. Paul was an avid hunter and fisherman and also enjoyed kayaking and boating.
He is preceded in death by his son, Shain Farrow and father, Clarence Bernard Greek.
He is survived by his wife, Kelly Greek, son, Christopher Farrow, daughters, Breanna and Seairah Hand, mother and father, Marlene and Larry Williams. He is also survived by his sisters, Catherine, Rena and Amanda, brothers, Larry and Charlie, 2 grandsons, 4 granddaughters, 7 nephews, 2 nieces and 2 great-nieces.
Services celebrating Paul’s life will be held at 5:00 pm on Saturday, June 11, 2022, at Dunn’s Creek Baptist Church with Pastor Al Stewart officiating.
Memories and condolences may be expressed to the family at Paul’s Book of Memories page at www.johnsonoverturffunerals.com.
Arrangements are entrusted to Johnson-Overturf Funeral Home in Palatka.