To share your memory on the wall of Richard Whisenant, sign in using one of the following options:

Richard graduated from Carol City Sr. High School in Miami, FL. Upon completion of the IBEW Apprenticeship Program, he became Journeyman Lineman in 1981. He worked for various electrical contractors, Florida Power & Light and subsequently, Gainesville Regional Utilities. Richard also travelled to various states in his occupation, and also travelled to Bagram and Khandahar Air Bases for the U.S. Army Corp of Engineers Distribution System Expansion to provide electrical requirements for the U.S. Army.

Richard was a loving Father and Grandfather and enjoyed fishing, woodworking, Mopars, reading, the History Channel, and talking about his life experiences being a lineman.

He will be greatly missed by his family and friends.

No services are scheduled at this time.

Memories and condolences may be expressed to the family at Dickie’s Book of Memories page at www.johnsonoverturffunerals.com.

To send flowers to the family or plant a tree in memory of Richard Alan Whisenant, please visit our Heartfelt Sympathies Store.

Receive notifications about information and event scheduling for Richard

We encourage you to share your most beloved memories of Richard here, so that the family and other loved ones can always see it. You can upload cherished photographs, or share your favorite stories, and can even comment on those shared by others.

Posted Feb 11, 2021 at 08:02pm
In loving memory of Dickie. We cherish our wonderful memories of all the good times we had together and you will forever be in our hearts. 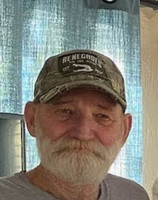